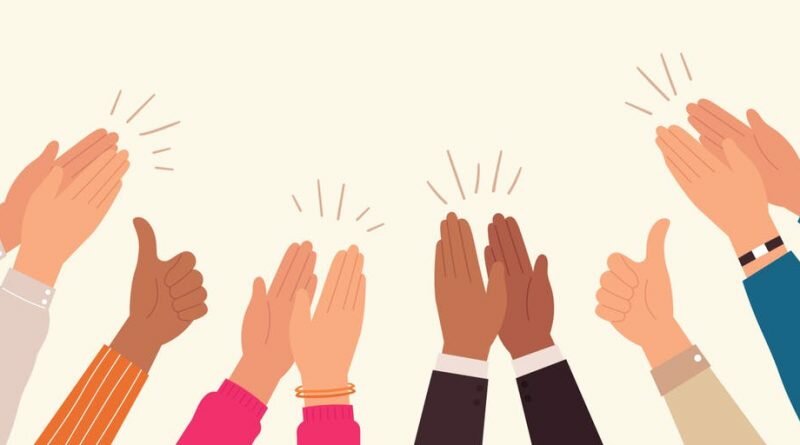 It’s that time of year when the “We Appreciate You!” emails are starting to pour in, along with their discounts, freebies, and flat video messages from classroom-distant figures. After all, it’s Teacher Appreciation Week.

Such acknowledgments are a good start. But they are not enough. In fact, when I was teaching, I found them a bit annoying. I won’t get a raise to address the ‘teacher pay gap’, but will I get free frozen yogurt? Does that really make me feel appreciated?

I’ve since left the classroom, but the empty words and gestures all too often accompanied this time to honor educators still unsettle me. That’s why I’ve put together the list below to give those who want to celebrate teachers an idea of ​​how to do it in a meaningful way.

You may recall that in the not-so-distant past there was a powerful #RedforEd wave that gained steam — and caught the attention of politicians. In the wake of this movement’s strikes and demands for higher wages and better school funding, several of the top Democratic candidates in the 2020 presidential election have outlined their plans to improve teacher pay. Senators Elizabeth Warren, Cory Booker and Bernie Sanders presented their proposals. Vice President Kamala Harris and President Joe Biden did too — and now they can do something about it. So what happened? Where are these increases that we’ve heard so much about?

Today, with unprecedented teacher shortages, many districts are forced to raise teacher salaries – however modest – to try to retain their staff and attract new talent. But during the 2020 campaign, presidential candidates made bigger promises. They promised widespread, federally subsidized, significant wage increases and much higher minimum wages. The now vice president proposed an average raise of $13,500, and Sanders proposed $60,000 starting salaries.

Three years later, and with an inflation of 40 years, those of us in education are still waiting for this – and teachers need it more than ever.

So if you want to show teachers you appreciate them, don’t let politicians get away with dropping this issue now that they’re done campaigning. Write and call your representatives and ask them about their teacher payment plans. Let them know that you’ll be using your vote to elect representatives who get educators the compensation they deserve, rather than those who just pay lip service to the issue.

Most people in the US support teacher education. Just don’t ask them to pay the bill. A pre-pandemic poll by the Associated Press-NORC Center for Public Affairs Research found that 78 percent of Americans thought teachers deserved higher wages, but only 50 percent would be okay with higher taxes to fund raises.

Much of the frustration with Teacher Appreciation Week stems from people who say they appreciate teachers but do little to prove it. This attitude of paying teachers-more-but-don’t-ask-me-to-help is a perfect example of this. If you want educators to know you really care, be willing to show it by supporting fundraising initiatives. If you don’t agree with how the raises are funded in your community, don’t just oppose the raises; get involved in finding other ways to fund them! Attend school board meetings, choose members who can manage budgets well, or run the board yourself.

Unions in the US have been dwindling in recent decades, but teachers’ unions remain strong. In 2019, more than 60 percent of striking workers in the US were educators.

These teacher strikes are valuable to society as they help improve education through their demands for more school funding, more staff and better learning conditions. And they serve as a model for other sectors that collective bargaining works. To show teachers appreciation, support their union initiatives. When they punch, empathize with and publicly endorse their demands — and, of course, honk as you drive along the picket lines.

In addition to supporting strikes, you should also support other teacher initiatives. It’s hard to imagine a police officer posting a GoFundMe page to raise money for guns and batons, but for teachers, crowdsourcing funds for classroom supplies is the norm. If you see such a campaign, like it, repost it and, most importantly, contribute to it. And then refer to the point above about calling on your elected representatives to push for change.

It’s hard being a kid because often you just have to do what people tell you. “Home by 7.” “Lie in bed by 10.” “Read this book today.” “Study for that exam tomorrow.” And the list goes on. However, sometimes it feels like being a teacher.

All too often, for many educators, they have a long list of people (administrators, parents, politicians, and curriculum developers) telling them what to do and how to teach. “You can’t learn this book.” “You have to deal with this norm on this day.” “Start teaching this new curriculum this year.” “Stop teaching the curriculum we introduced last year.” It’s not a way to work, and it makes many teachers feel like they have no say and autonomy over their classrooms.

To show teachers that you value them – and their expertise – get rid of the top-down decrees and involve teachers in the decision-making process in making choices that affect them. Administrators can do this by having educators research new programs they are considering, and edtech companies can involve educators in their product development process.

At Zinc Learning Labs, the edtech company I currently work for, we have an advisory board for educators and regularly involve educators in (paid) feedback sessions. When administrators and developers get input and buy-in from teachers, teachers not only feel better; it increases the chance that a new initiative will be successful.

Whenever I hear the saying “a little knowledge is dangerous”, I wonder if a teacher originally said it. Since almost every adult went to school and had teachers at some point, they often feel like they understand what it’s like to be a teacher. They do not.

Teaching is one of those things like swimming, biking, or parenting that I can describe to you, but you won’t fully understand it until you actually do it. When I taught, and even now, I hear too often how easy it is for teachers. “Summer free! Done at 3am! Work with fun, loving children! What else do you want?”

These non-teacher enthusiasts are misinformed. Many teachers never take the summer off, and, as documented in the recent article by EdSurge reporter Emily Tate, most even have side gigs during the school year. Kids are fun and loving, but building a fun, loving, and well-run classroom takes skill, dedication — and sometimes even tears. During my first year of teaching, I often cried as it was difficult and overwhelming to lead multiple classes of over 30 students of varying academic and English language levels.

When you witness a good education, with engaged students and solid lesson plans, it may seem simple, but it is not. Great teachers just have a way of making their work look easy.

I’ve had many jobs during my career, and none have been as rewarding as teaching. Every time I think of my time in class, my heart warms with memories of my students’ growth and joy. To enjoy those positive feelings, I kept the cards and letters children gave me to commemorate their gratitude and newfound love for math, science, and history.

Don’t stop giving small gifts to teachers that have a big meaning. Handmade cards and drawings, letters from the heart and specially choreographed party dances (yes, students did that for me for a year) are amazing. And parent gifts of homemade treats and store-bought gift baskets are nice too, as long as they’re backed up with the more substantial gifts mentioned in the do’s and don’ts above.

This may be obvious, but the fact that Teacher Appreciation Week lasts seven days a year does not mean that we should show our gratitude only during that time. Educators shape the next generation; what could be a more important task? Appreciate and support teachers all year round.